Sunday 3rd November 2019: this was the day my father died.

I say ‘this was’ rather than ‘today’ or ‘yesterday’  because, for reasons I still don’t fully understand, I either didn’t feel the need to record it at the time or didn’t want to. I’m writing this over five months later but putting it into date order on this blog because otherwise it makes no sense.

Although he was 91, quite frail and at that age you could expect things to go from one state to another very quickly, my father’s passing was nonetheless a bit of a shock. The day before he passed he was perfectly well.  I was going to football and I’d intended on dropping into my parents before going on to the ground. I’d told them I would be coming, but I later decided I didn’t want to see them. In time-honoured fashion, I lied and didn’t tell them this; instead I said I’d decided not to go to football, even though I did.

I got a phone call shortly after 8 am on the Sunday morning from my mother telling me my dad had complained he didn’t feel well after a bad night and he’d asked her to call the ambulance. This was significant as my dad hated ‘making a fuss’ and must have felt something was wrong. I told her I’d leave straight away and go to the hospital. I didn’t.

Why I didn’t is part of something bigger; something I can neither easily explain or want to attempt to explain. Suffice to say that the inability to actually do something and then lie about it is one of the reasons I’d eventually decided, a month earlier, that I should get some counselling. Of course, I’d had nothing like the death of my father to talk about in the previous weeks but, over the course of the following months, I was to work out all the things I was worried about in real-time. I’d imagine it’s a Psychotherapist’s dream.

About two and a half hours after I got the call, I was leaving the house and had got as far as starting the car and pulling out into my road when a neighbour of my mum’s rung to ask if I’d left yet. “I’m on way”. I didn’t say I hadn’t even got out of first gear yet but I wasn’t exactly lying either.

I’d got barely ten miles down the road when my mum rung to tell me the hospital had called and my dad had died.

I was intending to stop at Starbucks for a coffee and I did just that. One of those things you do that you wonder about after. The man responsible for bringing me into the world had just left it and I was in ordering a latte and a doughnut less than five minutes later. Did I choke the words out? Hold onto the counter to stop the world from spinning? No, I just did what I’d done all the dozens of times I visited that establishment before; paid, thanked them and took my coffee. At times like that, it’s like you’re watching yourself in a film; everything in the scene looks mundane but you know something is going to dramatically happen in the next because you’ve seen the trailer.

I went straight to the hospital and saw my father. He’d apparently slipped away quietly, he’d been sitting up and talking earlier, then he’d laid down, gone to sleep and not woken up. It seemed a good way to go. I asked to see him, said goodbye, kissed him on the forehead, thanked him for everything he’d done for me, took his effects and left and went to see my mum. Before leaving I asked what time he had passed and was told it was just after 11 am. I could have left home in plenty of time and been there when he’d died but, like Gail, I’d found other inconsequential things to do.

I dreaded seeing my mum. I knew exactly what she was going through, recognised the emotions, the incredulity and the lack of understanding. I was horribly aware that she was going to experience the same emotions that she’d completely failed to see in my circumstances and I wouldn’t even be able to say ‘So NOW you know what it’s like!’

I also realised that, in other ways, I wouldn’t fully grasp what she was experiencing. My mother and father had known each other for over 70 years; grown old together. He’d lived a staggering 35 years longer than Gail and he had spent it all with my mother. But in that recognition, there was a burning truth.

Because even at the point of one of the most significant moments in anybody’s life – the one where you lose your own parents – here I was just equating everything  back to Gail and my own grief.

With my father leaving behind my mother – a woman he had been married to for an incredible 69 years – things became very hard very quickly. My mum couldn’t really function without my dad and, as she struggled, I set about trying to do the things that you’re forced to do at these times; arranging the funeral, contacting the relevant people, trying to put Widow’s pensions in place and a myriad of other things. My mum – bless her – wasn’t able to do much more than sit and look at his empty chair.

As I discovered with Gail, and I was to tragically revisit again six weeks later, these times following a death can be seen as part of a  project. I actually get solace from them. A sense I was getting on and doing things and – something I vaguely recognised from the evening when I’d walked home after Gail’s funeral – that nice feeling you get when you’ve  done something for someone who could no longer thank you and instinctively know that, if they could, they would be appreciative of your efforts.

But emotion? No nothing. I never cried once at my fathers passing, nor at the funeral and nothing since, never even felt a lump in my throat and that’s not in a manly ‘I can handle this’ way either. I simply didn’t feel anything and I didn’t know why that was; all that I was aware of is this relationship with my parents would almost certainly form the basis of my therapy sessions in the coming months. 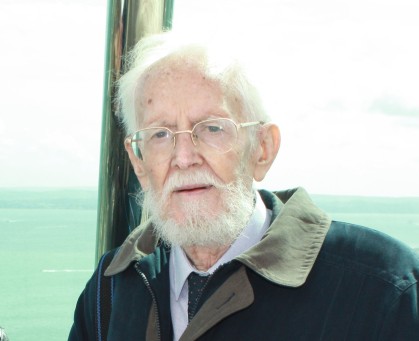